One of the flats on our floor was hired by Olga, the prostitute paid in foreign currency.

In truth, we just guessed she was a prostitute, because she never told anything of her work. She only made up her face and scooted off like a butterfly. Sometimes a car was waiting for her.
She evidently did not operate at the railroad stations, was above the average: not a beauty but with a good figure, tall and capable of selling herself.
In daytime, she usually slept. Paid an occasional visit to us on her “free” days.

She was well disposed towards us and we returned the attitude. Sincerely pegged us for Jews; no riotous fancy could give me a hint why she had that idea.

Our knowledge of her was very slight. She told next to nothing.
We only knew she was from Novosibirsk and parentless. Her brother was a cop and stabbed to death in her sight.

Sometimes she was off her trolley, but in the 90-s it was not a surprise. Everybody was off and out.
The house we lived in had a curve and her windows were right in front of ours. In absence of curtains, and she had none, everything inside was as if on a movie screen.

Once she was attacked by demons: she was running around the kitchen with a knife, howled and stabbed the wallpapers, then slashed the cupboards in yatagan-style.
No need to say she was alone in her flat, never had any visitors except the woman proprietor and us.

The day after, though, she was quite her usual self: sad and especially meek.
At her work she evidently had every night to do with such people, whose company and knowledge however limited of their nature and their wishes, could have deteriorating effect on the mental health of an unprepared person.
That burnt her out.

Olga threw herself into Christianity, went to see Father Herman in Sergiyev Posad for exorcism. To drive out demons.
What is that? Simple: Father Herman, a tough, grey old crumb reads prayers, whereas hordes of people are doubled up, have brain freeze and ventriloquize. A real Hieronymus Bosch.

I am not kidding, find out for yourself, if you do not believe: he is a well-known personage in certain circles.
She always plaintively called to go along for the ride, but herself remained wary of all this.
My brother Gene and I agreed to go just out of cultorological interest.

My father often went to Kamchatka Peninsula for work purposes at the time and brought red salmon and caviar, which were unavailable or very expensive in Moscow, but Olga could afford the stuff and purchased caviar by kilos, though ate little: provided someone else with it.
That was the absurdity of the period: hungry life with plenty of caviar. It reminded the story of Vereshchagin, a smart customs officer from a famous movie, who was in similar situation and used to say it was a shame for the country.
There was at least bread: unpalatable everywhere in Moscow but available.

Mom prepared sandwiches with fish and caviar for us, each of them carefully wrapped up. It made me recollect Chinese fairy tales, where brothers start on a trip to see a holy elder and visit sacred sites, and mother gives them flat cakes based on breast milk.

Basically, we didn’t give a fuck about that holy elder. And about any other holy elder in general.
Neither did we prove any ardor towards Sergiyev Posad. Gene lived in a peculiar world, he was indifferent to church, whereas I was indulged in metal music by that time, claimed to be a Satanist and wore an upturned cross, under my t-shirt, though, to avoid unnecessary outbursts.
We just took the occasion to have a trip from sheer boredom.

It was wintertime. The electric train was just crawling.
On one of the benches a local bard looking like a hairy hermit plucked the guitar strings and sang the famous tune “Hope”: “An unknown star is shining etc…” which always made me feel nauseous.
Other seats were occupied by workers and old women, tired youths and youthy gramps with baskets.

Olga had put on a head cloth and looked like a churchwoman. Mouthed something all the way with her eyes closed.
There was something of Mary Magdalene in her: tragic and lofty. To be precise, not something but really a lot.

Only my dear brother and I were a strange couple. I, with long hair, clad in loose overall with pentagrams.
And my dear brother with his usual dorky look; and when he grew hungry on the way, just pulled an enormous thermos looking like a ballistic missile out of his backpack, poured tea for us (Olga refused), then we took the sandwiches with caviar and started to eat them heartily.

It’s hard to astound the electric train passengers but we managed it. The two of us in awful out-of-fashion down parkas and toques, appetizingly devoured the sandwiches, with bewildered silence around us. Even the bard fell dumb with one hand raised, like a dog, which nosed the game.

Olga did not open her eyes. We dined with gusto.
The show of priests in the sight of unbreathing audience.

Then we arrived. To reach the destination we used the buses covered with hoar frost and at every hillock we were forced against icy glass.

Olga penetrated the crowd. We spent some time watching folks cry, groan, shake, run rampant as though tormented from within by bats, fall unconscious.
Mild girls growled in bass voice like buffaloes. Grey haired little old men grimaced and ululated in a falsetto tone.
A real pandemoniac saturnalia was going on and cadenced minacious voice of Father Herman was thundering over it.

“I will devour you! I will devour you!” – chalky pale old woman barked with blackened lips throwing herself at the holy elder. The elder apposed a cross on her forehead, she yelled as if scolded, whereas he ever loudly droned on the prayers with his monotonous voice.

The culturological interest was satisfied.
Herman continued to exorcise people for another couple of hours, whereas Gene and I went out of the monastery and comfortably seated within the confines of the holy ground finished the sandwiches.

We had no desire to wait for Olga. That is why we faint heartedly digged out without warning her.
Now one can send an sms, but at the time even a corded phone was a rare bird at households.

Olga lived next door maybe for a year. Or two.
The day came, when she was moving, don’t know why.

She gave away her books, mainly sectarian, of men and demons. Fluffy toys, a whole lot of them.
She liked them, as any broken girl, and tenderly embraced and lulled teddy bears and elephants, as if they were alive, feeling tremendously shy at that.
In addition, there were also videotapes: a queer medley of cartoons, soap operas, nigger comedies and it was then that I saw “120 days of Sodom” by Pier Paolo Pasolini for the first time.

Oh, yes, she also gave away kitchen cabinets with deep scratches from a knife. They are still in my flat, where I spent 10 years, and where Mark, my lodger, now lives.

Sometimes Olga phoned. More rarely came to see us. Then stopped.
I do not know what has become of her and whether she is alive. Even if she is bodily alive, has God Merciful accepted her soul and appeased her?
promo 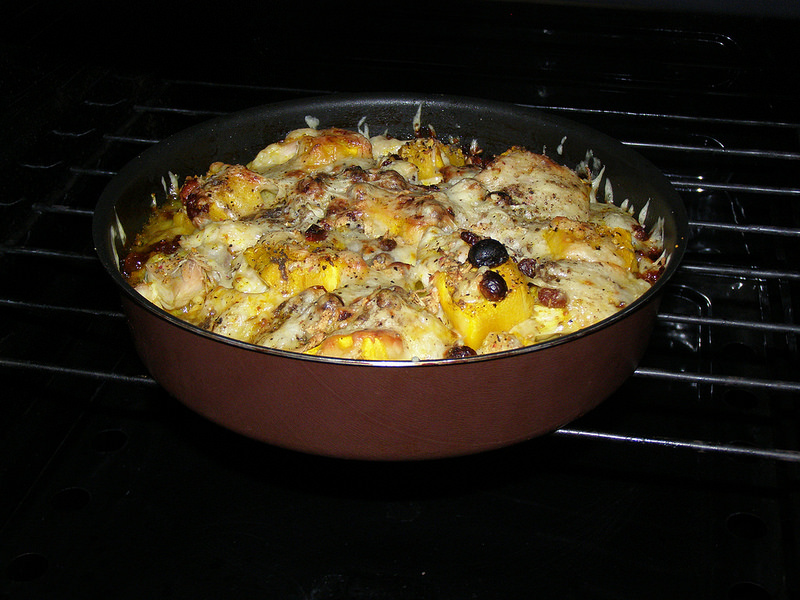